Ohio State University and a local non-profit announced the results of their study on the recreational and economic value of the Little Miami River. Their results show that recreation on the river generates millions in economic activity every year.

Bill Schieman is with The Little Miami River Watershed Network. He said the economic data from the study will help his group convince elected officials that they should support and fund initiatives that increase public access to the Little Miami River.

“This is how we get access, by studies like this." He said, "If we can't make a case for more access to our streams in Ohio now, I mean, wake up.”

Brent Sohngen is an Ohio State University professor of environmental and resource economics. He worked on the study.

The study also found that the Little Miami attracts over 800,000 visitors a year. Visitor data for the study was collected entirely by volunteers. 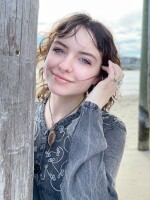