Arts & Culture
The Bind That Ties
Crossing borders, overcoming obstacles, starting life over again in a new country. WYSO's radio series The Bind That Ties brings you the stories of immigrants from around the Miami Valley.

Uma Mullapudi lives in Beavercreek today – but she came to this country almost forty years ago from India. She first went to the San Francisco Bay Area, where she did hourly labor and came to the Miamia Valley later. In this conversation with Libby Ballengee of Dayton, she talks about teaching meditation classes during the pandemic. This is our series called The Bind that Ties – conversations with Miami Valley residents who are immigrants.

(Editor's Note: This transcript has been lightly edited for clarity.)

Uma Mullapudi: I came in the year 1983, February 18th. I came from southern part of India, which is Madras, and I came to San Francisco. Nowadays, there is not much of a gap, say, in India. Everything that is here in the US is there. And in India now, you know, there's not much whether you talk about malls and the cars that anything at the time that I came a long time ago, you know, this was like totally different world. It was like a shock to come and it was like a big dream. Oh, my God. Was like heaven.

Libby Ballengee: What was so different between your home and here?

Uma Mullapudi: India is a poor country. So even the infrastructures of roads that are buildings, especially in those times, they were not that great. It had culture. It had spiritual culture. So there was a lot of temples and architecture buildings and stuff like that, but nothing of the modern sort of living was not there. Okay. You know, clean roads, clean cars and luxuries there, you know? Yeah, none of those. When I first came, the first thing I saw was the microwave. Microwave just was invented. And for me, it's like, 'Wow.' I looked at it with wonder, you know? So that's how big the differences were.

Libby Ballengee: Like, you stepped into the future or something - ?

Uma Mullapudi: Yeah, yeah. Like a little villager that came into some dreamland. I started working in a high tech company. They were putting chips and it was just a manual labor job and I didn't even know it. $6 an hour was like a lot of money - but everybody welcomed you - until this day, you know, I still am in touch with those people that were in my beginning days of life. So I feel very grateful to be here in this country of all the places, not because of the comforts, but because of the equality. I mean, there's prejudice everywhere in the world. Even in your own country, you have prejudice. People look down on poor people, you know, so that if you look at every country, everywhere in the world, that prejudice is there.

Uma Mullapudi: Yeah, but here at least you are respected. You are given an opportunity because if you want to live a happy life, you have to be peaceful and your heart has to be content. When is your heart peaceful? When you're a balanced person.

Libby Ballengee: The reason we know each other is because you teach that to others. You, myself included. Has that always been something that you've wanted to sort of instill in your community or just to...?

Uma Mullapudi: It's a part of me and I want to share the meditation practice it has affiliated with the U.N. peace program, and it is offered free of charge to anybody that wants to practice it. In meditation, you're trying to move away from thinking to come to the feeling of your heart, because what is the power of the mind? Clarity. We lost that that's why we are not able to live balance. What is the power of the heart love and we are clogging it with so much negativity from external world, we are not able to radiate that love you know and people even lost the concept of true prayer. What is power of prayer? It is humbleness. Why? Because when you become humble, know that you are nothing and you are just a small speck. The vibration of positivity flows into you from nature itself. But there's so much vibration in nature, positive vibration. But we are not able to absorb that. We don't have the right attitude, you know, and power of intention.

You can make intentions and make them manifest, but our mind has become clogged, so we are not able to utilize the power of intention. So what is the solution for everything? For the happiness is training of the mind, the disciplining the mind by gently not forcing it by, you know, people lot of times complain the thoughts, thoughts, thoughts. But as long as you have mind, you have thoughts. But how to manage the thoughts that we are breathing comes in help. We actually become more centered beings. And so we are able to pause. We all know we are supposed to pause. So in that sense, I'm very grateful to be here in this country. And and this is home. 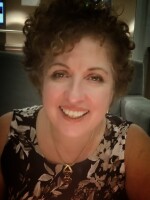 Mojgan Samardar, Ph.D.
Mojgan started her full-time work after completing a Ph.D. in Artificial Intelligence. After a very successful 28 year career as a technical geek, she retired in 2017. While working she attended community voices weekend classes in 2014 and graduated as a Community Voice producer for WYSO Public Radio in Yellow Springs, Ohio. After retirement, Mojgan’s turned to the arts and volunteering activities. She proposed creating community voices stories to highlight immigrants’ voices and contributions in the Miami valley. Her first season production of “The Bind that Ties” in 2020 won first prize in the Radio Documentary of the Associated Press. Season two of the series was broadcast in 2022.
See stories by Mojgan Samardar, Ph.D.
Latest Stories