While Julia Reichert was a self-described feminist and curator of Midwestern stories, she was internationally known as the "godmother of American independent documentaries."

Her documentary, "American Factory," earned her an Academy Award for best documentary feature.

Organizations and people from across the country and film industry took to social media to share their thoughts on Reichert's passing.

On WYSO's Facebook page, many people commented about her impact.
Julie Arias said: "Such gifts and wisdom she gave us!! May we honor her by being better. Love to her family in this time of grief."

Karen Nicholas said: "Thank you, Julia, for the gift of your life. We are all better people because of your drive to tell the story of us."

Rest in peace beautiful soul, Julia Reichert. You gave us the understanding of other worlds. https://t.co/Zf0xO3MhZU

"[A] woman who could keenly see, then acknowledge, then lift and with bold voice champion, both visually and in thought, for those that are marginalized or are sparsely heard."

Last night we lost a true giant. A trailblazing filmmaker, Julia Reichert dedicated her life to documenting socially and historically significant stories that gave voice to so many, particularly the working class and women. pic.twitter.com/0NGQtqP4Jg

Julia Reichert’s filmmaking won her an Oscar and two Emmys. She impacted students @wrightstate. And my goodness, was she a masterful storyteller. Quite a legacy. I was saddened to learn of her death today. @whiotv https://t.co/idsZ7r2a00

I will never forget this night, sitting next to Julia Reichert at dinner and talking film and filmmaking. She was a gift to us all. 🎬 💐 ⁦@WDTN⁩ pic.twitter.com/8RiWvIVeRp 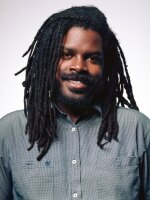 Desmond Winton-Finklea
Desmond Winton-Finklea, an avid listener to NPR, is WYSO’s Digital Content Editor. He oversees digital communications platforms, including its websites, apps, streams, emails and social media accounts. Desmond has attended Central State University and the International College of Broadcasting. Hired directly out of school, he began working for Dayton-area television stations as a multimedia specialist and an editor of video, audio and digital content. Desmond aims to use his plethora of experience and knowledge to expand WYSO’s digital presence.
See stories by Desmond Winton-Finklea
Latest Stories
Related Content