Hints, but no Trump presidential announcement at Dayton rally

Former President Donald Trump stopped just short of saying he would run for the White House again in 2024 during a rally at a business at the Dayton International Airport on Monday.

During a nearly two hour speech, Trump hinted at a run often. During a more than 15-minute exposition on what's wrong with America set to music, Trump finally said he would make a "big election announcement" on Tuesday, Nov. 15, at his Florida home Mar-a-Lago because he didn't want to detract from the critical midterm elections on Tuesday.

Trump then went through a list of candidates he has endorsed in Ohio and across the country, such as Republican JD Vance in the open U.S. Senate race in the state.

Media outlets, including Axios and The Hill, had reported that some Republican sources believed Trump might announce a 2024 presidential bid at the Dayton rally.

Ahead of the rally, Ohio Democratic Party Chair Elizabeth Walters said in a statement that Trump is coming in to try to save lackluster Ohio Republican candidates.

"From a California transplant running for senate, whose campaign has been on life support from the beginning, to a governor who has been running for office for 40 years that Trump once called on Republicans to primary, it’s clear these Republicans need all the help they can get," she said. "We’re confident Ohio voters will see through the last minute act of desperation and elect Democrats up and down the ballot tomorrow.”

Trump also showed screenshots of polls that he said showed him ahead in a rematch with Biden — including in Ohio — drawing chants of "four more years" from the crowd.

Trump arrived about 8:30 p.m. He talked about securing the border. He said it would stop the flow of drugs like fentanyl into the United States. Trump also blamed inflation on Democrats.

He also repeated several unfounded and discredited theories about the 2020 election results. Several court rulings, recounts, experts and Trump's own attorney general have affirmed that Joe Biden won the 2020 election and no widespread fraud existed.

"This is the beginning of communism ... this is the largest witch hunt in history," Trump said.

Vance, who grew up in nearby Middletown, joked with the crowd that half of them could be his relatives.

If elected, Vance said he would secure the southern border and expand the natural gas industry in Ohio.

Many of them said if elected or returned to Congress, they would impeach Biden. Jordan also spoke about the innovation of the Wright Brothers.

Hundreds of people from across the Midwest waited in line outside since early Monday morning or even Sunday to get the best seat possible for the former president’s rally.

They clapped as law enforcement swept the area hours before the speakers got on stage. One person yelled, "We back the blue."

Silas Alton traveled from Newcastle, Indiana, for the rally. He was one of the first people in line.

“I’ve been here since 6 in the afternoon yesterday,” Alton said. “I’m very tired but very excited.”

Ohio GOP Chairman Bob Paduchik did a live interview with Right Side Broadcasting Network on a stage in front of the line to get in. He predicted that Republicans will win both the gubernatorial and U.S. Senate races in Ohio by a larger margin than expected, which got a big round of applause from the crowd.

Vendors sold all sorts of gear — including a few people with "White Lives Matter" shirts at their booths.

A few people wore clothes with the Proud Boys logo and handed out literature as people approached the line to get in.

MyPillow CEO and Trump supporter Mike Lindell also attended and got a shout out from the former president.

The rally was held next to local fuel supplier company Wright Bros Aero. Trump came to stump for Vance, who is in a tight race with Democrat Tim Ryan, as well as many other Republicans on the ballot Tuesday.

Ohio Republican Gov. Mike DeWine, who faces former Dayton mayor and Democrat Nan Whaley, attended. He shook Trump's hand on stage and said a few words — and some boos could be heard from the audience. Trump commented on the reception for DeWine, but also noted that he was leading in some polls.

Whaley has been campaigning across Ohio in the final stretch before Election Day, sharing the Democrats' message.

“There’s a choice that protects your freedom, protects your interest in one good job being enough, grows communities all across the state, and that’s our message and vision,” Whaley said of her campaign and her fellow Democratic candidates during a stop in Columbus.

Vance's Democratic opponent, U.S. Rep. Tim Ryan, made a campaign stop in Xenia on Friday as part of a bus tour criss-crossing the state.

Chris Welter is a reporter and corps member with Report for America, a national service program that places journalists into local newsrooms.

Chris Welter
Chris Welter is an Environmental Reporter at WYSO through Report for America. In 2017, he completed the radio training program at WYSO's Eichelberger Center for Community Voices. Prior to joining the team at WYSO, he did boots-on-the-ground conservation work and policy research on land-use issues in southwest Ohio as a Miller Fellow with the Tecumseh Land Trust.
See stories by Chris Welter 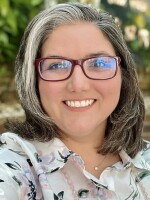 Samantha Sommer
Samantha Sommer is the news director for WYSO, where she leads a team of award-winning reporters and anchors and collaborates with NPR stations across Ohio. She joined the station in May 2022 after more than 20 years with Cox Enterprises, most recently as managing editor for investigations for the Dayton Daily News. Samantha also has served as the editor of the Springfield News-Sun, and Springfield bureau chief for WHIO TV and WHIO Radio. She is a Detroit native and a graduate of Northwestern University. Samantha is married with two adult stepchildren and a 4-year-old son.
See stories by Samantha Sommer
Latest Stories