In the midst of high gas prices, the Miami Valley has seen an increase in electric car owners. Ohio will receive $140 million to put electric car charging stations along interstates.

For electric car owners who may not be able to charge up at home, there are a number of public charging stations located throughout Fairborn, Moraine, Centerville, Dayton, Oakwood, and West Carrollton.

Tim Benford is the president of Drive Electric Dayton, an organization that advocates for renewable energy.

“By 2040, ninety-five percent of newly purchased vehicles will need to be an electric vehicle,” said Benford. “That is the key to curing the climate crisis.”

Not only could an increase in electric car adoption be beneficial to the environment, but it could also benefit businesses in the area.

Benford said the new Tesla service center that was recently built in Dayton is due to the surge in Tesla drivers in the area. He says it's important for the number of charging stations to match the demand for elective vehicles.

“There's going to be more businesses that realize that if we want to attract the type of customer that is driving electric, we're going to have to consider putting in a level-two charger,” Benford said.

According to Benford, Drive Electric Dayton can take some credit for increases in electric car ownership in the Miami Valley. The organization holds monthly events about the benefits of electric cars and frequently uses social media to provide information to the public.

“People are realizing the benefits of electric vehicles,” Benford said. “That’s because they’re encountering more information about them and other forms of renewable energy.” 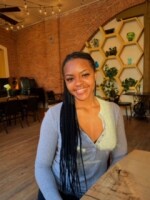