As we finally make our way into 2021, WYSO asked our music hosts to take one last look back on the year that was 2020, and give us their favorite selections from an unorthodox year in music. Today, we'll feature picks from The Jewel Case's Tod Weidner.

1. X - Alphabetland (Fat Possum)
Alphabetland is the first studio album from the LA punk legends in 27 years. First release from the classic *original* lineup in 35 years. Happily, they picked up right where they left off. It’s raw, ferocious...sounds like X. Count. Me. In.

2. Songhoy Blues - Optimisme (Fat Possum)
Good year for Fat Possum Records! Optimisme is the latest in a string of killer albums from the Malian band. They sound significantly more western than a lot of the West African “desert rock” acts, so they’re an excellent place to start if you’re looking to check the genre out.

3. Fiona Apple - Fetch the Bolt Cutters (Epic/Clean Slate)
This made my “what have you been listening to during lockdown?” list for WYSO last spring, and it made enough of an impression on me to finish in the year’s Top 10. Fiona Apple returns after an eight-year break with my favorite thing she’s ever done, a dense, claustrophobic, inventive album that she recorded mostly at her home. It’s a perfect soundtrack to quarantine. Not necessarily an easy, comfortable listen, but an extremely rewarding one.

4. Various Artists - La Locura de Machuca (1975-1980) (Analog Africa)
Analog Africa is a great archival label; if it’s got their stamp on it, it’s worth checking out. La Locura de Machuca is a sampler of artists from a Colombian record label started by a tax attorney who fell in love with the crazy African-influenced psychedelic cumbia sound of the underground music scene in his hometown of Barranquilla. Weird, groovy, and fun. Turn it up and make the neighbors jealous of your dance party.

5. Chuck Prophet - The Land That Time Forgot (Yep Roc)
Chuck Prophet is another gentleman who’s been around for a good long time. He was a member of the 80s college rock darlings Green On Red before embarking on a remarkably solid solo career. If you like well-crafted tunes infused with a glorious jangle, you can safely drop the needle anywhere in his catalog- this one just happens to be the gem he put out this year.

6. Bill Frisell - Valentine (Blue Note)
Like Analog Africa, Blue Note is a label that does not mess around, and they were kind enough to give us the latest in the sprawling catalog (43 albums under his name alone, not counting dozens upon dozens of collaborations with other artists!) of a truly gifted chameleon-like guitar master. Frisell, bassist Thomas Morgan, and drummer Rudy Royston make a wonderfully empathetic trio as they work their way through jazz, folk, and blues, with a few standards sprinkled in amongst the originals.

7. Jason Isbell & The 400 Unit - Live Series (Self-released/Bandcamp)
For my money, one of the finest lyricists working today. Isbell has made the best of the downtime from touring by cherry picking high-quality soundboard recordings of his crackerjack band’s concerts from the last several years and putting them out on Bandcamp.com. I started with the last show they did pre-lockdown (the Innings Festival in Tempe, AZ in February of last year), but every one I’ve checked out is great.
Also- a quick word about Bandcamp to those unfamiliar: it’s a cool organization that actually pays musical artists fairly, certainly more so than some of the other music sites I could mention but won’t. The first Friday of every month is “Bandcamp Friday”, wherein the site waives its service fees, so that the artists get an even bigger cut. A lot of the artists on my list can be found there, and it’s a great way to support them, especially in a year where touring revenue is nonexistent.

8. IDLES - Ultra Mono (Partisan)
As I said when I recently played a track from this album on The Jewel Case: sometimes, you just need to have positivity yelled at you in a Cockney accent. IDLES have put out three albums of heavy, brutal music providing the delivery system to Joe Talbot’s socially-conscious messages of self-love, righteous anger, and protest. Like Fiona Apple’s record I mentioned earlier- it’s not an album to relax to, but it’ll brighten your day just the same.

9. Tom Petty - Wildflowers & All the Rest (Warner Bros.)
File this in a similar category to the Chuck Prophet album above: well-crafted, jangly songs. The late Mr. Petty needs no introduction, and this is a lavishly-expanded version of one of his best works. I have the 4-CD version, which includes the remastered original 1994 album, the additional tracks from the originally-planned 25-track double album, Petty’s home-recorded demos, and a disc of live tracks. Well worth the money.

10. Broun Fellinis - Live From Jupiter Vols. 1 & 2 (Brounsoun)
Broun Fellinis have been providing hip-hop-infused Afrofuturist jazz to the San Francisco Bay Area since the mid 90s (with the same 3-piece lineup all along, incidentally; reason enough to like them), and they’ve collaborated with a long list of distinguished heavy hitters over the years. While you’re over on Bandcamp.com perusing Jason Isbell’s live series, you may want to explore the Broun Fellinis page, which includes these 2 sets recorded in Berkeley in 2006. Effects-laden sax? Hip hop grooves? Outstanding musicianship? If that’s up your alley, check them out. 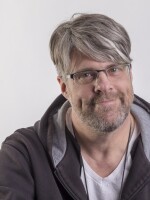