2016 marks the 400th anniversary of the death of William Shakespeare, and today more than ever, high schools are grappling with how to teach him, since he is required reading in the Common Core standards.

Some teachers say just because Shakespeare’s 400 years old, that doesn’t mean he can’t make you blush. Culture Couch took a look at how classrooms in greater Dayton and Cincinnati are giving students the freedom to make the Bard their own.

In a brief and informal survey, we learned that the best teachers do a few things right when they teach Shakespeare.

The first: they get students out from behind their desks.

Michelle Holder is a senior at Fairmont High School in Kettering—who’s actually taken to studying Shakespeare.

“Doing A Midsummer Night’s Dream, our teacher had us actually get up and at the part where all the lovers are sleeping on the ground we all had to lay on the ground and pretend to be the lovers going through the actual process of it,” she said. “It made it a lot funnier, for one, and it made it easier to understand the relationships between the different characters. Just reading it, it’s hard to get that.”

Finally, the third thing teachers are doing to keep student engaged: digging into the crude humor.

“That innuendo is huge,” says Shannon Kallmeyer, who teaches at Fairborn High School.“I’m their mom’s age, so I’m embarrassing, and they’re all like, oh my gosh…then it’s like a game. They want to find the innuendo. Reading Much Ado about Nothing with a group of 16 year-olds …you blush a lot.”

Teachers say all these approaches allow students to feel ownership of Shakespeare.

One program in Cincinnati, PROJECT 38, takes that idea to the next level. Each year, 38 high schools are assigned the 38 plays that Shakespeare wrote, and each school is given the freedom to radically reinterpret their play. Teaching artists from the Cincinnati Shakespeare Company visit the schools and work with the students to develop their adaptations.

“They can do whatever they want to do with it,” said project coordinator Maggie Rader. “The heart of the project is that the kids create something that they themselves are passionate about.”

She gave an example of a school that really got it: Aiken High School’s interpretation of Macbeth.

“They told the story through modern pop music. It was amazing!”

In the famous scene where Lady Macbeth, in a kind of waking nightmare, rubs her hands together over and over because she still sees King Duncan’s blood on them the students sang “Take Me To Church,” a popular song—and depicted Lady Macbeth praying as she washed her hands.

“Not only did they get to sing music that they care about, that they like, that they enjoy, but they got to talk about how that helps tell this 400 year-old story,” Rader said. “As an actor who is so familiar with that play, I’ve never thought about when she’s washing her hands she’s also praying. How beautiful.” 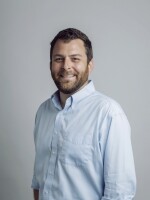 Luke Dennis
Luke Dennis tried to get a job at WBUR in Boston in 2002 and they told him to come back when he had experience. In 2012 he landed at WYSO and plans to never leave. In between he served as the executive director of Muse Machine, taught acting to undergraduates, led opera education courses for adults, and served as a curator for Harvard University. Luke learned how to make radio documentaries as a member of the first WYSO Community Voices class. He lives in Yellow Springs with his family.
See stories by Luke Dennis
Latest Stories
Related Content