The state will continue its fight to defend Ohio’s Congressional map in court, after last week’s federal court ruling that the map is unconstitutionally gerrymandered. While the map came out of a deal between state lawmakers of both parties, Republicans and Democrats are at odds in the battle over it.

Ohio Democratic Party Chair David Pepper said a fairly drawn map of the bellwether state of Ohio wouldn’t have 12 Republicans and 4 Democrats in every election since the map was created.

Ohio Republican Party Chair Jane Timken doesn’t defend the current map, but said given where each party’s voters live, guaranteeing an even split would also be gerrymandering.

The map passed in 2011 after a bipartisan deal to avoid a second primary in 2012 that would have been just for Congressional districts.

congressional districtsGerrymanderingVotingElections
Karen Kasler
Karen is a lifelong Ohioan who has served as news director at WCBE-FM, assignment editor/overnight anchor at WBNS-TV, and afternoon drive anchor/assignment editor in WTAM-AM in Cleveland. In addition to her daily reporting for Ohio’s public radio stations, she’s reported for NPR, the BBC, ABC Radio News and other news outlets.  She hosts and produces the Statehouse News Bureau’s weekly TV show “The State of Ohio”, which airs on PBS stations statewide. She’s also a frequent guest on WOSU TV’s “Columbus on the Record”, a regular panelist on “The Sound of Ideas” on ideastream in Cleveland, appeared on the inaugural edition of “Face the State” on WBNS-TV and occasionally reports for “PBS Newshour”. She’s often called to moderate debates, including the Columbus Metropolitan Club’s Issue 3/legal marijuana debate and its pre-primary mayoral debate, and the City Club of Cleveland’s US Senate debate in 2012.
See stories by Karen Kasler 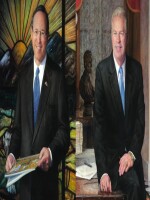