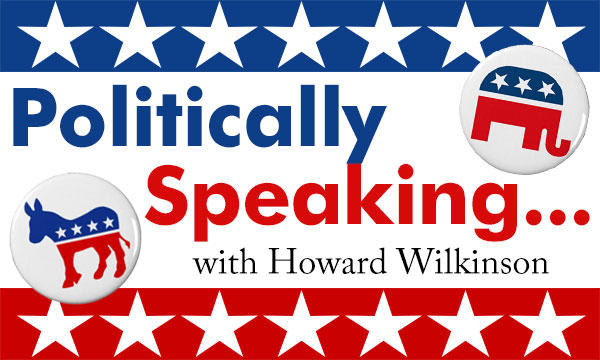 SHARONVILLE - In his nearly eight months of campaigning for the GOP presidential nomination, Ohio Gov. John Kasich has been, as he described it to hundreds of friendly suburban Republicans here Saturday morning, “unrelentingly positive.”

He has not engaged in the name-calling and yelling that has marked most of the televised GOP candidate debates. But he has also never called out his chief rival in Tuesday’s critical Ohio primary, billionaire Donald J. Trump, for the angry tone he has set for his campaign or the violence that often erupts at his campaign events.

The violence did break out Friday night in a big way at the University of Illinois-Chicago, where the Trump campaign had to call off a rally because of multiple violent confrontations between protestors and Trump supporters.

Kasich hadn’t called out Trump until Saturday morning, when he arrived at the Sharonville Convention Center to speak to the Northeast Hamilton County Republican Club’s pancake breakfast, with nearly a thousand local Republicans present.

Before his 20-minute speech – during which he did not mention Trump by name – Kasich had a hastily-convened press conference with reporters in a small meeting room at the convention center.

There, he let loose on Trump, saying he did not want to do so until he “saw the evidence.” After he saw the video of the confrontations Friday night in Chicago, Kasich was ready to speak.

“Donald Trump has created a toxic environment,’’ Kasich told reporters. “There is no place for a national leader to prey on the fears of people.”

Kasich said the video of the Chicago rally was “disturbing.” 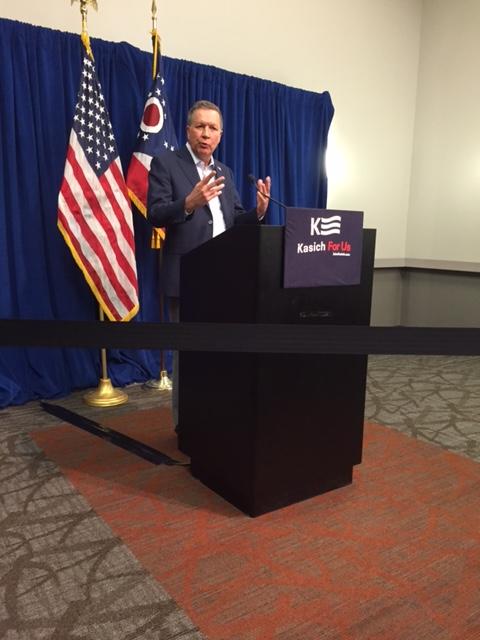 “Just to see Americans slugging each other at a political rally disturbs me,’’ Kasich said. “We are better than that.”

Kasich says he recognizes that “there were persons who went to that rally with the intent of causing trouble.”

But still, he blames Trump for creating the atmosphere in which such confrontations thrive because of what he sees as Trump’s divisive rhetoric.

Some of the best moments he has experienced during the campaign, Kasich said, have been about “giving people hope.”

“I am the only candidate on that stage who has run an unwavering, positive campaign,” Kasich said. “The media coverage goes to those who do the name-calling. I have refused to do it. Even if it means I lose.”

Trump will have his say Sunday at an afternoon rally at the Savannah Center in West Chester – a rally that was put together quickly after an earlier Sunday rally at the Duke Energy Convention Center was called off.

Trump and Kasich are locked in what appears to be a close race in Ohio’s primary, a winner-take-all affair worth 66 delegates.

Kasich – who has yet to win a primary – needs to win his home state desperately. If he does not, it is hard to see how he goes on as a presidential candidate.

The Kasich campaign was boosted last week by a Fox News poll showing the Ohio governor leading the billionaire mogul by five percentage points. But RealClearPolitics, which tracks polling nationally and in key states, has Trump with an advantage of 2.5 percent in an average of the four most recent polls of Ohio Republicans.

What Kasich needs the most is the votes of the kind of Republicans who made up most of the crowd at Saturday’s pancake breakfast – solid, mainstream, suburban Republicans who helped elect him governor twice, and who have helped elect all the statewide Republican officials who were on hand Saturday – from U.S. Sen. Rob Portman to Attorney General Mike DeWine to Secretary of State Jon Husted.

“Got a big day coming up Tuesday,’’ Kasich told the Republicans in Sharonville. “We can send a message to the nation and the world. A positive message. Like, you want to renew the spirit of America.”