Who Are The Terrorism Informants In Witness Protection?

Known or suspected terrorists who cooperated with federal investigators in at least six major terrorism investigations over two decades were granted protection under the federal witness protection program –- and two of them temporarily could not be found by federal authorities, according to a report from the Justice Department's inspector general.

Identities of some of the alleged terrorists were not disclosed to the agency that compiles names for the Transportation Security Administration's "no-fly" list of potentially dangerous suspects, the report says. The two missing participants in the program –- whom the U.S. Marshals Service says it has been unable to locate –- are believed to be overseas, according to the report.

In a call with reporters, Justice Department officials said they have determined those two former participants left the U.S. years ago, have not tried to return, and do not present a threat.

Identities were not released, and the total number of protected witnesses in the terrorism cases was not provided. However, the Justice Department report names specific cases in which it says witnesses cooperated. Searches of news archives about those cases identify several informants known to have played a role. They include:

-- Michael Fortier, a co-conspirator and key witness in the 1995 Oklahoma City bombing, assumed a new identity upon his release in 2006.

-- A co-conspirator in the 2007 plot to bomb the JFK airport, Donald Nero, who testified against his co-defendants, was sentenced to four years in prison, but does not appear in the U.S. Bureau of Prisons locator database.

-- Bryant Neal Vinas, who testified as an expert witness in the trial of the 2009 New York City subway bomb plot and cooperated with terrorism prosecutors in Europe, pleaded guilty in 2009 to charges including a plot to attack the Long Island Rail Road but has not yet been sentenced. 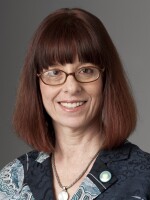