Rise When the Rooster Crows

The audio for this episode has expired. Check the WYSO Music On Demand page for the most current available episodes.

For a detailed playlist, visit the show's program page or our playlist search page.

Listen to Jennifer every Sunday morning from 6-8 AM on Rise When The Rooster Crows.

Rise When the Rooster CrowsMusicWYSO Music On Demand
Stay Connected 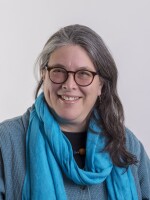 Jennifer Berman
Jennifer Berman was one of the earlier Roosters, playing music in WYSO's wee hours from 1979-1985, when she was a student at Antioch College. She worked at Flying Fish Records in Chicago as a teen (and later after college) where she came into contact with all sorts of musicians and musical forms and that musical diversity has shaped her tastes to this day.
See stories by Jennifer Berman
More Episodes