An old schoolhouse in Northwest Dayton will soon become housing. Longfellow Commons has received more than $1 million dollars in state tax credits and will be transformed into one and two bedroom apartments for seniors.

That includes the Longfellow School which will be transformed into the Longfellow Commons Community in Grafton Hill. The 126 unit living community will focus on seniors who identify as lesbian, gay, bisexual and transgender, making it the first of its kind in the Dayton area.

Gloria Hurwitz is the Vice President of Advancement at United Church Homes, the project partner.

“Our intention for that location is to restore that beautiful old school into a community that will not only serve the [LGBTQ+] plus allies and older adults but also the greater community in that part of Dayton,” Hurwitz said.

According to United Church Homes, almost 50% of LGBTQ+ couples experience barriers when looking for senior housing. As a result, they are more likely than heterosexual people to experience significant physical and mental health challenges. This is where LGBTQ+ focused housing helps address such issues.

The Longfellow school was built in the 1800s, but the building has been empty since 2017. With the tax credit program, developers hope the renovation historic building will be a positive investment in the community.

“Any time that we can lower the overall cost of the renovation construction, that allows us to lessen the cost of the rents. That is necessary for the project to be financially viable,” Forbess said.

Developers say the project will break ground this year. 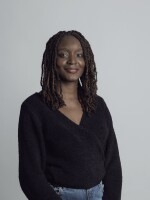