Since 1997, the Beavercreek Police Department says it's been 'making due' in its current building. However, Chief Jeff Fiorita asserts the department must have a new home.

According to Chief Fiorita, his officers must store their uniforms, gear, weapons and other essential equipment in three different areas of the station because their current building is just too small.

“One of the biggest issues we have is storage capacity, we don't have room for our basic day to day things that we need property and evidence and just storage for officers,” explained Chief Fiorita.

Beavercreek has 50 sworn officers, 12 dispatchers and 7 support staff. The two-story building was built in 1965 and there's no elevator — only stairs. It's what Chief Fiorita calls a potential liability and fall risk if detainees are combative during processing. This is one of the red flags that goes up every four years when an accreditation commission reviews the department for 'best law enforcement practices'.

While the city's police force is accredited, Chief Fiorita said since 2013, the commission has repeatedly given the same warnings about the building's many deficiencies.

“You're out of space, you not in the greatest location, the safety of your building is not the best and you have a multi-level building where we have to move people we've arrested by way of stairs,” recalled Chief Fiorita.

The safety red flag is because the station has no restricted inner lobby nor does it have a fenced lot for all police vehicles. Another problem is the station's location. It sits near the bottom of Research Park Drive off Dayton Xenia Road, making it vulnerable to fallen trees and snow storms blocking the only access road.

“We're at the end of a cul-de-sac,” pointed out Chief Fiorita. “There's one way in and one way out. However, for us to get a quick response it puts us in a bad position.”

This Saturday, the Beavercreek Police Department is hosting an open house. Chief Fiorita is inviting the public to tour the station and to see firsthand their needs. The event runs 10 a.m. to 1 p.m.

This continuous levy will only be used for the police department. Each year it'll generate almost $4,150,000.00 and if approved, will go into effect in 2023. 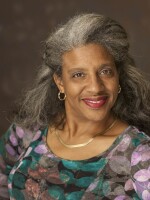