Army veteran David Hart is the founder of Blue Skies for the Good Guys and Gals, a non-profit that takes wounded veterans and their families skydiving. Hart and his brother made Blue Skies a part of the Warrior Weekend Program, a time of relaxation and fun activities for veterans who were injured while during their military service. It was at a Warrior Weekend that Hart met Air Force veteran Tim O'Sullivan. The Veterans' Champions speak with WYSO about their shared experience.

David Hart: Prior to Tim and I meeting, my brother and I founded a professional skydiving team. It's become the most active demonstration team in the world. We've also have done a lot of charity skydives for non-profits, especially veteran ones. We were going down to Texas for a Warrior Weekend down there that a double amputee hosts and we would come down and provide the skydiving experience for the Warriors. We basically just assembled four days of just really awesome fun. So, honestly, what we found is that all that is, I'll call it trickery, to get people to come so that they can make friends. Then we started doing it in Ohio. Tim came through that first year.

Tim O'Sullivan: You know, I was being forced to retire. I was being medically retired for my injuries. For a veteran who's been involved, you know, with things at the tip of the spear a lot, and then all of a sudden everything comes to a stop. That dwell time is a danger zone. So, I knew I needed something. I think it was really hard, actually. We go through the Warrior Weekend, we get pumped up and resurface a lot of memories and some emotions. It's a bit exhausting after the event. I would have to take time off just to recoup after, you know, but it was good. It seemed every year that I did it, it built up more and more strength within me. It's amazing the outreach from the community because they're all volunteers. It must have been hundreds of them at the last one. It's amazing because for the Warriors, everything that we have been through and gone through, to see the support of the American people and the community. We go to the Dayton Dragons game. They shut down I-75. They shut it down, they blocked it. Then they had a convoy of jeeps going all the way to the Dayton Dragons stadium and there's either police officers or other people standing at the intersection saluting the Jeeps and then big American flags on the highway. It puts a lump in your throat and you just think, you know, this is the beauty of America. This is why we did what we did, you know.

David Hart: I think some of the things I'd like to touch on, Tim, is when you get involved with these things and you open your heart up to opportunity, it truly becomes a big family of people.

Tim O'Sullivan: What I found the best is just sitting around the fire and talking. Most of the real power happened when everybody is just chatting. You start talking to each other and saying, “Yeah, I have that, too.” and “yeah, you struggling with that?” You can understand each other, and you understand when somebody needs help and when to reach out. So, we've just created a beautiful network of people. We see each other, and we usually know it's a comfort being around each other. We tell each other, “Hey, if you ever need somebody to talk to.” I've used it multiple times. I've called quite a few of my friends. Everybody who goes there says, “Oh, man, I got to tell so-and-so about this weekend. This was an amazing opportunity.” So, we feel obligated, committed to find those people that may be struggling or could use the Weekend.

David Hart: I think what the average person can relate to probably is just the need for a support network. Lacking a positive support network, not having those things, can make the quality of your life significantly lower. 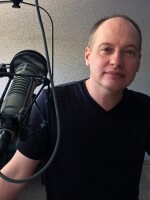 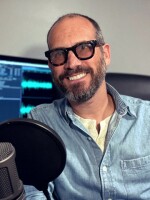 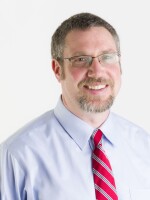