Almost everyone in Ohio pays for utilities and if you live in the Miami Valley, you’re probably a customer of AES Ohio or Duke Energy. But it isn’t always easy to understand what you are paying for. On your bill may be lines for items like so-called “stability riders,” which might be worded to seem like you’re paying for upgraded services.

There’s an ongoing case in front of the state supreme court that says AES has been overcharging its customers. Shay Frank spoke with Ohio State University associate professor of public policy Noah Dormady about what a stability rider is, and what power companies in the state are actually charging for.

The Dayton Power and Light Foundation is a financial supporter of WYSO.

SF: A lot of the legal language in this case, which is why we've reached out to you, has been very confusing. And I've been talking to people, doing the research, and I imagine it's even more confusing for consumers who may not even know what they've been overcharged and why it's unfair. Can you explain to me exactly what is happening with these riders?

ND: Well, I think you need to go back to understanding the process of even having a rider on your electricity bill. And in order to understand that, you kind of need to go back and understand how our state restructured or what we call deregulated. We joined a 13 state regional energy market, the PJM Interconnection, where we allowed competition instead of regulated price protections. We allowed competition to take hold of the wholesale market.

In that process of deregulation, we set up a system here in Ohio that creates a number of perverse incentives. And one of those perverse incentives is an incentive for utilities to add all sorts of riders that they can profit and make additional revenues from supplemental revenues through add-on charges to your electric bill.

SF: A lot of the language that I've seen has been "unlawful charges," unlawful this and that about the riders. So is it actually all illegal? The terminology is confusing in that aspect.

ND: Well, when people say that a rider is illegal, typically what they mean is that the rider is inconsistent with the sunset provisions of cost pass throughs allowed by Senate Bill 3, that basically said transition costs should have ended around 2005. Those transition costs were prolonged and continue to be prolonged. And so collecting charges that are related to generation, and they don't even own those generation units anymore, some people will argue, and I think I'm among them, will argue that that is inconsistent with Ohio law.

SF: So how do you think things might change for the better in the future? Is there another way that we could regulate this differently, or possibly if people could get their refunds? Do you think there is a way for all of this to be resolved in the future?

ND: Well, there's several policy recommendations that we've made in our own research. One is the law allows for a more complete version of deregulation to take place. The system was meant initially to be transitory, to be temporary. It was meant to only exist for a couple of years before we could move into a more market based system called an MRO or a market rate offer.

There continue to be legal fights, where utilities argue that their ESP is more favorable in the aggregate than the MRO, and they'll continue to make that argument because the ESP system is very profitable for the utilities.

I think one of the things that we need to talk about at the state level is the issue of resilience. Resilience is often referred to in the context of climate and climate policy but resilience is much more fundamental than that. We saw devastating outages in Texas this past winter. We're going into our winter now. Some have argued that we've got low storage levels and natural gas and we're ripe for conditions associated potentially with Texas scale outages here in Ohio and throughout PJM. And I think people really need to be thinking about resilience. They need to be thinking about the way that our markets create incentives for reliability and resilience, recovery, fast recovery, self healing grid, self healing systems. And I just don't think people aren’t thinking enough about resilience, particularly in regulatory circles here in the state. 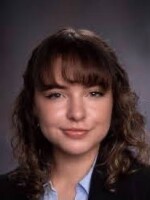