The Great Miami River and Wolf Creek are natural boundaries that once defined the borders of Dayton’s West Side. The artificial boundaries of I-75 and US 35 further shaped it. But there’s another boundary created by the practice of redlining, the intentional denial of opportunity to residents of an area based on race. A national exhibit, Undesign the Redline has brought attention to the continuing legacies of redlining in the Miami Valley.

Sociology professor and activist amaha sellassie has studied the effect of redlining on the people of the West Side, and works to remedy it. He talked with fellow West Dayton Stories community producer, folklorist and urban gardener Omopé Carter Daboiku.

On how Dayton was redlined
In Dayton, in particular, because of the way the river runs that separates East and West, that the redlining maps, which was an intentional design in the 1930s to create areas that are prime for investment and development, and then left other areas underdeveloped, West Dayton was redlined and therefore, severely underdeveloped for, you know, I would argue it's just now starting to be redeveloped.

On the impact of redlining on West Dayton
Dayton and areas across the country that were redlined now have lack of opportunity when it comes to housing quality, transportation, access to food, healthcare, education. And so the disinvestment has wound up being underdevelopment. So now I see Dayton is starting to reinvest in the West Side. And I think it's important that that development is driven by the community themselves. That not only is our culture maintained, but that we're determining the direction of those resources coming back in, that it meets our needs and our vision for what we have for the West Side.

I think investment in the downtown has, you know, sparked excitement. So I think it's, you know, like how, how the West Side is developed, I think is important. As far as, you know, gentrification is a great concern, right? And so, it's real important to make sure that people are not displaced as development goes forward. And I think it’s a challenge too, because you know, some people will say, we can't have any developments and I'm like, no, we shouldn't have to live in squalor and broken up, abandoned buildings, like we deserve nice things. We deserve restaurants. We deserve grocery stores. We deserve, you know, places to go and things to do, just like every other community. But I think the key is to me, it's like, who's driving that, who's owning that, who's the decision-making on how these things go? We can keep power within our local community while still, you know, expanding out.

On learning more about and moving forward from redlining
I think the key is that we have to understand that like, it was an intentional design. It was structural. They call it structural violence, actually, where it's like how structure or the arrangement of resources in the community impacts the life expectancy and the development of a community. And so to me, that gives us hope. And I say that because if it's been intentionally designed, then we can reimagine it. We can undesign it, right? And so to me, that is the hope. That's why I don't like saying food desert. Right? I like to say food apartheid. I want to acknowledge the structural mechanisms. So, yeah, it's a good chance to have a conversation so we can heal these wounds, right? I think we need to understand we have a shared future together, or what King will call a “single garment of destiny,” right? So, like, how do we use understanding how we got where we are now to be that conversation of what is that shared future that we want to create together? 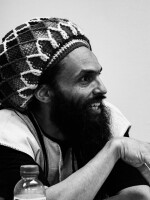 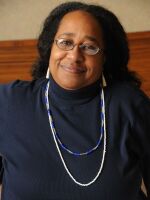