On June 11, 2013 legendary guitarist Johnny Smith died at the age of 90.  WYSO's own Shakin' Dave Hussong had the opportunity to study with Smith in 1971 and has this remembrance.

The seasons change so quickly in Colorado.

I was more than looking forward to the summer of 71'. After one full year in the colorama state, I was beginning to fancy myself somewhat of a transplanted mid-western mountainman. The state did and does represent to so many creative people an infinite canvas on which to create: whether the spoken word, the yet to be developed color, or in our collective case the musical note.

Johnny Smith came from the deep South, and he chose Colorado Springs for his base of operations. I know, having heard it from the man himself, that the Mountains did afford him a sense of creative freedom.  In that sense I like to think he and I had a unified reason for having the transplanted aspect in common. This reporter went seeking, along with my band The Goes Orchestral, very much the same thing Mr.Smith had experienced a decade prior.  Ohio, Alabama, geographical starting points we collectively found very similar motivation in starting each day a full mile closer to heaven.

I had misinterpreted Johnny as the strict, by the books disciplinarian. The play the note only as it is written kind of Caucasian Jazz by-product that New York turned out in the late 50's. Perhaps when he lived on the East Coast, he projected that image.  I met him on the Colorado common creative ground, and I have never been more incorrect in any presumption about anyone.

In the summer of 1971, J.S.decided to share one week away from his music store in downtown Colorado Springs and allow some 35 of his devotees into his life and music in the form of a week long seminar in Snowmass on the outskirts of Aspen. I certainly hadn't come close to conquering any genre. I felt I had a good handle on the blues, but the chance to share 40 hours with the undisputed king of the Royal Roost in this elevated environment was a once in a lifetime opportunity.  I didn't pass it up.

It is very easy to bend the "blue notes" the wrong way. Johnny's melodic sensibilities incorporated the feel without having to linger on the singular note. He understood the emotion and addressed it deep within his astounding chordal knowledge.

"Knowledge is truly power" is an aspect of playing guitar that makes its presence felt every time you pick it up. Johnny Smith wasn't known as a protegee of the blues masters.  He lent himself to the blues form as one more spoke in his musical wheel.  It is very easy to bend the "blue notes" the wrong way.  Johnny's melodic sensibilities incorporated the feel without having to linger on the singular note. He understood the emotion and addressed it deep within his astounding chordal knowledge. With that in mind, I was beyond intimidated when I sent in my fee. I was about to spend 40 hours at his feet, literally three feet from his incredible right and left hands! It was an excitement I had to subdue until I was in the company of the rest of the attendees.

Along with the group interest came a collection of some of the most unique Gibson archtops that has still yet to be surpassed: Smith's in Trans Red, Black, even set up with Bigsbys s-400's in as great a number of finishes, a smattering of the original Guild Johnny Smiths, lovingly built to Johnny's DA specs by Guild founder Alfred Dronge. There were even a few D'Angelicos in attendance, one of which rested in my hands, an Elegant Excel cut-a-way I had traded Dan Armstrong out of the preceding winter.

No, it didn't afford me any favors with Mr. Smith beyond concern for the fact that it existed in a leather gig-bag in my 66' extended body Ford utility van, where I lived for that week in Aspen.I was availed the continental hotel breakfasts as well as the showers.  It all seemed the correct combination of sacrifice and improvisation at the time,and it was a success. I came away from the experience having made great connections including Jerry Hahn protege Craig Owen who became deeply involved in the Wichita University music department, and with whom I formed a group that became a regionally successful band, having played for the soldiers in the Brigg at Fort Carson and the Cotillion Ball at the Air Force Academy. Pleasant enough experiences, but the reality of having "hanged" with a truly enlightened evolved musician was that I could visit by simply driving across town, resupplying my JS picks with which I developed a lasting attraction if not another a deeper relationship for the next several years.

I will always cherish Mr. Smith's warmth, his southern gentleman's approach to sharing his wellspring of knowledge.  I so feared initially that he would stress sight reading.  He very adroitly related everything to position playing, "If you wind up here and you want to get here, do this.” He barely mentioned sight reading, and for that I will forever be grateful.

We, the attendees, each received two credit hours at the University of Utah toward a music degree, good business on their part. I had forty hours of the seminar Johnny's jokes included, on cassettes and an equal number of written notes that unfortunately were lost in a house fire in 1974. What will never be lost are the long lasting memories of his candor, knowledge, southern ease, as well as humor and the ability to make even a blues guy bent on the emotional "school" see the balance of a bit of theoretical knowledge and how it will always be able to be made part of the performance!

God bless you, Johnny Smith, for sharing for that week.  You are in the band you truly deserve now. 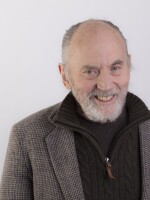