Ohio State University President Kristina Johnson announced Monday she is stepping down as university president at the end of the academic year following commencement.

Johnson arrived at Ohio State University in August of 2020.

She had previously served as chancellor at the State University of New York system.

Johnson's contract was slated to run through August 31, 2025.

Johnson issued a letter to the Ohio State University community regarding her resignation that included the following:

"Since I arrived at The Ohio State University in August of 2020, we have been able to achieve so much on so many different fronts, despite considerable adversity including the COVID-19 pandemic. I am very proud of all that we have accomplished together. It's been a privilege to serve this incredible university, and I have been honored to work as part of this brilliant, dedicated and passionate community. I am writing to you to let you know that I have made the difficult decision to step down as president following commencement at the end of the academic year. This will allow a search for the next president to proceed and adequate time for me to assist with a seamless transition."

Click here to read the full statement on Johnson's resignation.

The Columbus Dispatch reported that the university's board of trustees asked for Johnson's resignation after an investigation that was prompted by staff complaints.

In a response to questions about the Dispatch report, Ohio State spokesman Ben Johnson wrote, "There was not an investigation. An outside consultant was engaged to assist with the president’s performance review, as has been done in years past. The board was aware of President Johnson’s intent to leave the university advance of the November board meeting and therefore an annual review was not completed." 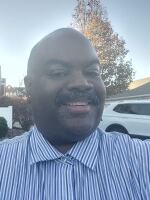