What's Next For Pennsylvania's John Fetterman

SIMON: In other words, he says he steers clear of hyperbole and tries to stay focused on facts. Sam Dunklau of member station WITF tells us what might be next for the charismatic state leader.

SAM DUNKLAU, BYLINE: If you've been paying attention to the post-election news cycle in Pennsylvania, you've no doubt heard the voice or seen the face of John Fetterman, the state's 6-foot-8, tattooed lieutenant governor who has a Harvard degree. He sums up the attempts by Trump's campaign to discredit the state's election like this.

DUNKLAU: Fetterman has clearly taken point on the administration's efforts to defend Pennsylvania's election process. Neither Governor Tom Wolf nor Secretary of State Kathy Boockvar have talked much since Election Day, leaving much of the election fraud debunking to the lieutenant governor. And that's OK with him.

FETTERMAN: One of the Internet jokes or memes is that I'm Governor Wolf's anger translator. And so there's some truth to that, you know, where it's like, let's start talking facts. Let's break it down, you know?

DUNKLAU: The term anger translator is a reference to a long-running "Key And Peele' skit from the Obama era. And at this point, Fetterman says he'd rather turn the focus to a more important issue.

FETTERMAN: My hope is we could finally agree that the true enemy is the coronavirus, not each other. Let's just stop and address the pandemic, which is raging, you know, right under our noses at this point.

DUNKLAU: Of course, the lieutenant governor has a life outside of anger translation. Before he held a state row office, Fetterman was mayor of a town called Braddock near Pittsburgh. When he came into office, it was known as a steel town decades past its economic prime. He and his family still live there in a converted car dealership. Fetterman is also a self-described democratic socialist and could have a recipe potent enough to pull off a statewide election win, says political science professor Chris Borick of Muhlenberg College.

CHRIS BORICK: Because of where he's come from and his experiences in a place like Braddock, he could speak for the challenges of working-class people on the margins and some of the problems that they have, from substance abuse to access to health care.

DUNKLAU: It's possible Fetterman may run for Pennsylvania governor or U.S. Senate, two big spots that will be open in 2022. He tried the latter back in 2016 and came in third in the Democratic primary. But in 2018, Governor Tom Wolf chose him as his running mate after he won a crowded lieutenant governor primary. Fetterman tells me he's exploring his options for a future run.

FETTERMAN: I'm considering both lanes. But that is certainly not my primary focus right now.

DUNKLAU: Even so, longtime Republican political consultant Christopher Nicholas is already thinking about him for the next cycle.

CHRISTOPHER NICHOLAS: I think most Republican political consultants like myself would rather face someone like him in the general election than a more traditional candidate. In my opinion, it's too far out of the mainstream for the state as a whole.

DUNKLAU: Democratic strategist Danielle Gross, on the other hand, doesn't think so. She says a traditional candidate wouldn't necessarily be a shoo-in or appeal broadly to voters statewide.

DANIELLE GROSS: Is John Fetterman maybe the guy that if you put out a casting call that he'd be the person that you'd expect to fill it? I am not sure. But, you know, we've seen some really quirky casting choices by Pennsylvania voters. 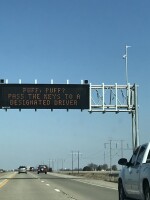