After a Franklin County judge denied an attempt to delay the election and extend absentee voting through June 2, DeWine announced Monday night that the state will close polls due to a public health emergency.

"During this time when we face an unprecedented public health crisis, to conduct an election would force poll workers and voters to place themselves at an unacceptable health risk of contracting coronavirus," DeWine said in a statement.

In the three-page order signed late Monday, Department of Health director Amy Acton orders polls closed across Ohio "to avoid the imminent threat with a high probability of widespread exposure to COVID-19 with a significant risk of substantial harm to a large number of people in the general population, including the elderly and people with weakened immune systems and chronic medical conditions."

Early Tuesday morning, the Ohio Supreme Court denied a legal challenge from a candidate in Wood County that would have allowed Ohio's primary to continue.

Meanwhile, the governor says Secretary of State Frank LaRose will "seek a remedy through the courts to extend voting options so that every voter who wants to vote will be granted that opportunity."

LaRose sent a letter to boards of elections calling DeWine's decision "difficult but necessary," and announcing that the primary will be suspended until June 2, 2020. He also announced a number of new dates and rules for Ohio's primary:

Lawyers for Jill Reardon and Judith Brachman, who sued the state of Ohio to delay the election and extend absentee voting, have appealed the ruling denying their temporary restraining order.

Here is the three-page order signed tonight by @OHdeptofhealth Director @DrAmyActon that closes all polling locations in #Ohio due to the risk of #COVID19 faced by both voters and poll workers. #COVID19OhioReady pic.twitter.com/XRd4zJH4so— Governor Mike DeWine (@GovMikeDeWine) March 17, 2020

Monday's back-and-forth resulted in confusion among poll workers, who weren't sure whether they needed to show up in the morning. Some received an email or text from their local boards of elections telling them that the election was off, only to be told after the court ruling that it would be happening after all.

For top politicians and boards of elections, DeWine's latest announcement was the final word on the matter: "Based on Dr. Acton's order the primary election will not take place tomorrow," said Ohio Republican Party chair Jane Timken in a statement.

Voting rights advocates, while supportive of delaying the primary, criticized how the decision unfolded.

“While we are disappointed in the chaotic process that we saw unfold over the last few days, we do agree with the outcome: it is not safe or practical to hold the primary election tomorrow," said League of Women Voters of Ohio director Jen Miller in a statement.

“The rescheduling of elections must not become a new normal," said ACLU of Ohio legal director Freda Levenson in a statement. "But the chaos and uncertainty surrounding this election should serve as a wakeup call.  To respond to this unprecedented health emergency, it is imperative that the Ohio legislature, Governor DeWine, and Secretary LaRose ramp up their efforts to ease and expand opportunities for Ohioans to vote absentee."

Franklin County Board of Elections announced it will comply with the order. Morgan Harper, who was running Tuesday in the Democratic primary for Ohio's 3rd congressional district,  says she will proceed as though there's no election.

A Franklin County Court of Common Pleas Judge has ruled against a temporary restraining order that would have delayed Ohio’s primary election until June 2 due to the coronavirus.

"The notion that we postpone the primary until April 28 or June 2  which are the two dates that have been suggested - presupposes that the health situation in America gets better," Frye said to the court. "We have no medical evidence here today to suggest that will be the case."

Frye said he is worried about the security of absentee ballots if the election was delayed, and about the "terrible precedent" this would set.

Plaintiffs Jill Reardon and former Ohio Department of Aging Director Judith Brachman filed a lawsuit to delay the primary because they are over the age of 65 and have underlying health issues that make them susceptible to the coronavirus if they voted on Tuesday in person.

An attorney for state Rep. Jason C. Stephens (R-Kitts Hills), who is running for re-election, and state Rep. Niraj Antani (R-Miamisburg), who is running for the state senate, also opposed the lawsuit. They argued that the plaintiffs had ample time to vote during the early voting period and absentee voting to cast a ballot prior to Tuesday’s election.

Gov. Mike DeWine recommended Monday afternoon to delay the election because he didn't want voters to have to decide between casting a ballot and risk being exposed to the coronavirus, of COVID-19.

An attorney for the Ohio Democratic Party argued for the remainder of the primary election to be held on April 28, with all ballots being submitted by mail.

Ohio officials have announced a lawsuit to extend voting until June 2, 2020, and to suspend the state's in-person primary election scheduled for Tuesday.

Gov. Mike DeWine says that a private party will sue the state in the Franklin County Court of Common Pleas on Monday, representing voters over 65, immunocompromised residents and people otherwise at risk of coronavirus.

Neither the governor nor the Secretary of State have the ability to change Ohio's election, a power that lies rather with the state legislature. But DeWine recommends the state allow absentee voting through mail until June 2, with no in-person voting allowed until then.

"We should not be in a situation where the votes of these individuals, who are conflicted, are suppressed," DeWine said at a Monday press conferences.

Florida, Illinois and Arizona also hold primaries on March 17, but have so far pushed ahead with in-person voting. Kentucky, which was supposed to vote May 19, announced that the state will now hold its election June 23.

After the CDC changed its guidelines on mass gatherings, DeWine says the state will refine its public health order to ban groups of more than 50 people, down from 100. On Monday, the Trump administration went even further to urge people to avoid gatherings of over 10.

“We cannot conduct this election tomorrow… and conform to these guidelines," DeWine said.

The announcement represents an about-face for the governor, who has insisted repeatedly that Ohio's March primary election would move forward, and that polling places were not subject to gathering bans.

But DeWine says that people should not have to choose between their health and their constitutional right to vote.

"We cannot tell people that they really need to stay home, that the risk is high, and at the same time tell them to go vote," DeWine said.

It's ultimately up to a judge to decide if Ohio's election moves forward as planned. If the lawsuit is successful, Ohio would join Louisiana and Georgia in delaying voting over coronavirus concerns.

Polling was set to open Tuesday at 6:30 a.m. and close at 7:30 p.m. Early in-person voting and mail-in voting has been going on for a month, and closed Monday afternoon.

Secretary of State Frank LaRose says he supports the governor's decision, and will ask the Ohio Attorney General to not contest the lawsuit. He says his office will continue to accept and process absentee ballots through June 2, and that all votes already submitted will count.

Asked why June 2 was the day selected for Ohio's new in-person election, DeWine explained that the presidential primary requires delegates to be chosen ahead of party conventions. Democrats are set to select their candidate in July.

Ohio Democratic Party chair David Pepper says he was consulted on the decision, and defers to the expertise of health officials.

"Extending an election is an unprecedented step, so we as a party are weighing alternatives on how to best do so—including the possibility to conduct the primary election entirely by vote-by-mail, as is done in several other states, with a deadline much earlier than June 2," Pepper says.

After calling Monday for a nationwide expansion of absentee and mail-in voting, the League of Women Voters released a  statement praising the decision by DeWine and LaRose. "It is imperative that voters feel safe when participating in our elections and now is the time to assure voters that they can cast their ballots safely and with confidence," the statement read.

The Ohio Legislative Black Caucus says it will "ultimately save lives."

But Cincinnati mayor John Cranley said he "respectfully disagreed," criticizing the short notice and saying he worried about the precedent it would set. He called on the state to mail absentee ballots to every registered voter in Ohio.

The Ohio Department of Health reports that there are now 50 confirmed cases of COVID-19 in 12 counties. Of those, 14 people have been hospitalized.

Tuesday is also St. Patrick's Day, but the state has taken several steps to prevent large crowds during the holiday. Beyond the ban of mass gatherings, the Health Department  issued an order closing down all bars and dine-in restaurants. That order, which went into effect at 9 p.m. Sunday, does not affect takeout or delivery services.

The Ohio Department of Health makes the following recommendations to protect yourself from illness:

This story will be updated with more information. 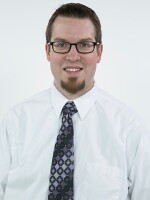