OK. As the Pacific Northwest digs out from a weekend snowstorm, more record snowfall is expected this week. Casey Martin reports from member station KUOW.

CASEY MARTIN, BYLINE: Saturday morning, Dorothy Lautman (ph) wasn't driving to the grocery store just east of Seattle. She was skiing. With about 6 inches on the ground, she gave me this ski report.

DOROTHY LAUTMAN: It's extremely sticky. So yeah, it's - if you haven't skied a lot, it's actually not bad 'cause you're not going to get a lot of speed.

MARTIN: And she wasn't the only one out there.

LAUTMAN: I'm actually following some tracks. So somebody's been ahead of me. Yeah. And I have seen snowboarders - a couple.

MARTIN: The entire Puget Sound region has been blanketed in snow and hit with frigid temperatures. It's a hilly area that doesn't usually get this much snow and ice. Buses are outfitted with tire chains and on an emergency snow schedule. This past week, hardware stores sold out of rock salt and de-icer. People posted their photos online of ravaged grocery stores with bare shelves. I stopped into a store that had completely sold out of salt, even the little shakers. An employee there told me the other item they had trouble keeping in stock is canned soup. But if you're a kid in Seattle, these last few days have been bliss.

MARTIN: That's what Steven Moore (ph) heard all morning from his daughter, Amelia (ph), who's in the first grade. They were sledding with about two dozen other families on Sunday. These kids have already missed two days of school, and Seattle public schools canceled classes for Monday, which means the district has used up its three snow days for the year. The National Weather Service in Seattle says more snow will fall Monday morning through Tuesday night. The city and county have opened up emergency homeless shelters, and snowplows are treating the roads with hundreds of tons of salt. Almost all of Seattle will be avoiding the hills, unless they use skis or a sled, like Amelia and Steven Moore.

MOORE: Yeah. We're just enjoying it. This doesn't happen all the time. So we're just going to have fun with it. And it tires the kids out. It's great. 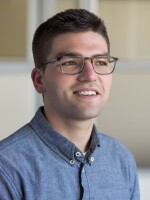