#NPRreads is a weekly feature on Twitter and on The Two-Way. The premise is simple: Correspondents, editors and producers from our newsroom share the pieces that have kept them reading, using the #NPRreads hashtag. On Fridays, we highlight some of the best stories.

This week, we bring you three items.

The old saying goes that "the apple never falls far from the tree." It seems that is true for Warren Buffett's grandson, Howard Buffett. The younger Buffett is co-founding a permanently capitalized operating company that hopes to spark social change.

Buffett and his partners see no tension between profit and social change.

While they haven't invested yet, but will soon with a few investors before aiming to file a public offering in 2020.

Trevor Neilson, Buffett's co-founder says they are definitely aiming to play the long game. "A fund structure, with its finite life cycle and investors wanting to see returns, is not the right model for impact investing. The world's biggest problems have to be addressed through sustained investment."

Mr. Buffett adds it is "about taking the potential for capitalism to the next level."

The article does point out that this approach of buying and holding companies, rather than buying and selling them fairly quickly, allows big conglomerates to defer large tax payments.

read this: via @CSTribune from Gillette, WY, a story about a new mosque in town https://t.co/3oxVMeT7Jd #nprreads

This well written piece in the Casper Star-Tribune, Wyoming's statewide daily, offers an interesting glimpse behind the headlines of the political backlash against refugee resettlement in the US.

It's set in the boom and bust town of Gillette, in the state's northeastern corner, where a new mosque – one of three in Wyoming, the paper reports – has recently opened and generated some controversy.

If you don't have time to read the whole thing, at least consider this reported exchange where the leader of the "Stop Islam in Gillette" group and self-described member of a local militia, Bret Colvin, confronts one of the men, Fuad Khan, outside the mosque. Khan is a local hotel clerk who had been praying on a recent Friday afternoon.

"Colvin was born and raised in Gillette. He works at a pipeline and has a home business fixing computers and cellphones. He's a former Marine who lives with turtles. His wife, who was his steadying force, passed away a few years ago.

"He and Khan talk.

"While they might be suspicious of each other, they're both just men, neither the threat to each other he might think.

"Colvin says he's unarmed and the exchange is cautious, but civil. Asking basic questions, like where the family's from and how long they've lived in Gillette, Colvin seems more the concerned neighbor than a far-right advocate.

"Khan's older and more intense brother, Mujahaid, overhears the conversation and tells Colvin to leave or he'll call police. Fuad Khan tells him it's OK and to go back inside.

"Fuad Khan continues talking with Colvin, explaining his history and that he's open to questions, before telling the stranger he has to get back to prayer. He invites Colvin to return anytime."

This is not the first piece written about controversies over new mosques in Wyoming, a largely rural and white state. But the vivid storytelling here gets us past the sound bites and gives us a better sense of how this complex debate is playing out on the ground, at least in one rural town.

Journalism, it seems, found its fourth dimension this month in the form of virtual reality. The New York Times took a bold leap into the hinterlands of storytelling, to give subscribers a new method of understanding a people, a place, a problem.

In this virtual reality piece by the Times, we are afforded an opportunity to enter the worlds of three displaced children, who have found themselves without homes due to conflict, instability and persecution. They share their stories themselves, the way they remember it, unshackled from a journalist's responsibility to couch their testimonies in political or social context.

We're introduced to 11-year-old Oleg whose village in Ukraine has been reduced to rubble. We meet Chuol, a 9-year-old boy from South Sudan floating on a river boat, recounting the day his village was attacked. 12-year-old Hana welcomes us into her cramped and crowded refugee camp for Syrians in neighboring Lebanon. Throughout, "the immersed" can look up, down, all around to see and experience what normally falls outside the frame of a photograph or video.

The subject of displacement has been thoroughly covered this year. But to immerse oneself in the story is to feel the texture of a given subject more fully, to see its implications more clearly. It lingers. It haunts.

If seeking truth is one of the main tenants of journalism, one may find it enshrined in virtual reality, where the filter of perception, memory, and analysis from a correspondent or editor is removed. For some, a story without a journalist's filter of analysis and expertise is a story half told. But one must consider its place in the sea of coverage on this topic and recognize virtual reality as an essential component to a larger story. With that, I look forward to these occasional journeys into this fourth dimension to understand some of the most important stories of our time.

Kirk Siegler
As a correspondent on NPR's national desk, Kirk Siegler covers rural life, culture and politics from his base in Boise, Idaho.
See stories by Kirk Siegler 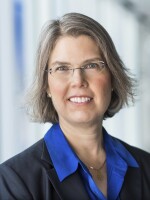 Edith Chapin
Edith Chapin is the Vice President and Executive Editor of NPR News. In that role she resumes responsibility for the NPR newsroom, setting daily news priorities, and directing all of NPR's news-gathering teams. She has full authority to work across the newsroom to ensure that desks, shows and digital teams are rowing in the same direction on major stories and coverage, so that NPR can be consistent and collaborative in our approach to news on all of our platforms.
See stories by Edith Chapin 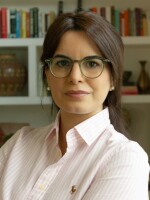