To Warn Teens, Milwaukee Officials Put A Fake Jail On The Road

New kind of scared straight approach is being used in Milwaukee to try to keep young people out of trouble. As Marti Mikkelson of member station WUWM reports, it's an effort undertaken by those who should know - former convicts.

MARTI MIKKELSON, BYLINE: Johnson Smith is dressed in a suit, topped with a white fedora. The retired bus driver says when he was younger, living in Chicago, he started running with the wrong crowd. He got arrested for drug dealing and spent three years in prison. Smith says he doesn't want that to happen to anyone else.

JOHNSON SMITH: I made my mind up while I was there I would never come back here again. I got out, and I'm on a mission to try to keep others from going.

MIKKELSON: As part of that mission, Smith is giving kids a tour of an exact dimension replica of a jail cell, built on a trailer. He calls it cell on wheels and pulls it behind his pickup truck, parking it at street festivals in Milwaukee's central city. Today, the cell sits in the middle of the 11th Street block party. Tysheonna Jones just climbed out of it. She says she wants to go into medicine, but for a while feared she'd end up in jail instead if she didn't change her ways.

TYSHEONNA JONES: I got kicked out of school for fighting, and I learned my lesson from it. If I keep fighting or going down the path I'm going, I'm not going to be able to become a nurse or I'm going to be in jail.

MIKKELSON: The cell is equipped with lumpy beds and a toilet. And Jazmine Dyson, who is taking a tour today, calls it nasty.

JAZMINE DYSON: The little mats in there, and they're hard and stuff. Jail is like - it's like you're being in a hole or something.

MIKKELSON: Johnson Smith says the idea is to get young people to think twice before making bad decisions that could lead to incarceration.

SMITH: Whether you're acting out in school or you're running around with the wrong crowd and everything, this is where you're going to be staying, in this small environment with these hard mattresses and everything.

MIKKELSON: Smith heads a support group called Phenomenal Men, which he says helps ex-convicts get back on their feet. After one of the group's members came up with the idea, local law enforcement donated the contents. While Smith thinks he's making a difference in the lives of at-risk teens, some others aren't so sure. Damon Williams works with young people at the Boys and Girls Clubs of America, based in Atlanta. He says similar programs have been tried in other parts of the country and notes studies showing that these types of scared straight efforts aren't very effective.

DAMON WILLIAMS: They can be very sexy. They can get a lot of attention. But they don't have the impact that one would want to really help young people to have the type of moral compass that allows them to, you know, live a life with good character and to be great citizens.

SMITH: Some if one child can get this message to stay in school, make the best decision on the right information, then we feel we are successful.

MIKKELSON: Smith says pretty soon he'll have to store the cell on wheels in his garage for the winter. But he pledges to roll it out again next summer, this time to the neighborhoods of Chicago. For NPR News, I'm Marti Mikkelson in Milwaukee. Transcript provided by NPR, Copyright NPR. 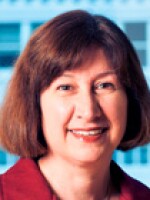