Mercedes Ricks may be the perfect candidate to help launch a new cultural push in Magnolia, Miss. The 50-year-old native of Colombia ended up in this tiny south Mississippi town by way of New Orleans nine years ago.

"I met these ladies from here," Ricks says after greeting guests in the barroom next to her Mariposa restaurant. "They invited me to come spend a weekend in Magnolia. We were going to go to the river and drink beer, and Katrina happened that weekend."

Ricks says the hurricane left her with nothing but a swimsuit and river shoes. It was the people in Magnolia who helped her start over. With a wide, mischievous grin, she explains how last year she ran for at-large city alderman and won.

"You tell me what is the chance of an immigrant lesbian in Mississippi?" Ricks says.

Gay-rights activists are winning a legal battle to overturn state laws prohibiting same-sex unions, most recently in Virginia. Now the gay-rights group Human Rights Campaign is opening a new front — a cultural campaign to win hearts and minds in a part of the country where they've met the strongest resistance: the Deep South.

Human Rights Campaign has opened offices in those three states and is now sponsoring a series of "summer conversations" like this one.

At least not in the towns where he grew up. Best says the more gay people talk about their lives, that stigma will fade.

Ricks shares her story with a couple who drove up from Kentwood, La.

"My partner and I, we've been [together] 17 years, and we thought about going somewheres and get married," Ricks says. "But in the same token, when we come back it's not valuable."

Mississippi has a ban on same-sex marriage and won't recognize unions performed in states where it is legal. The law is the same in Louisiana, Dave Travis says at Ricks' gathering. Travis and his husband, Bob Frey, traveled to Maine to marry.

"We've been together for 30 years," Travis says, "married less than a year. And what made us get married was we could file joint federal taxes."

Now that the U.S. Supreme Court has struck down the federal Defense of Marriage Act, Travis says, it's time for similar barriers in the states to fall.

"We're like everybody else — we work, we pay taxes, we own property, we pay property taxes, we vote," Travis says. "I'm not asking for any special rights. I'm just asking for equality."

But Frey acknowledges that winning the cultural battle down South won't be easy.

"In Louisiana, Mississippi, Alabama, Arkansas, people grew up with a certain idea, and it's hard for them to break those ideas," Frey says.

The Definition Of Marriage

Opponents say the law gives Mississippi businesses license to discriminate against gays and lesbians, but Gandy says that's not the intent.

"It was designed to draw some parameters for the government," says Gandy, "and say that if you're going to burden my right of religious expression, you have to have a compelling state interest to do that."

He says the state law is modeled after the federal statute that Hobby Lobby used recently in its victorious case against the Affordable Care Act's contraceptive mandate and is a way to protect people who conduct business according to their faith.

As for the legal and cultural efforts to legalize gay marriage, Gandy says: "If you're a real Christian, a follower of Christ, you're going to love people. And you love people where they are. You may not agree with people, but that doesn't mean that we judge them and say you've got to be like we are. Some have asked what I thought of gay marriage. I don't really have a thought. Scripture has spoken on that. Marriage is between a man and a woman."

Gandy says for thousands of years — predating Christianity — society has functioned according to that traditional definition of marriage.

When asked whether homosexuals who would want to be able to get married or have a family are being unfairly kept off the playing field, Gandy says, "They might say that, but would that hold up in historical precedence? Would it hold up?"

The argument has held up this year in more than 20 court rulings around the country that have found state same-sex-marriage bans unconstitutional. And a challenge is pending in Mississippi.

No matter the legal outcome, the question is whether a more frank dialogue can foster common ground. 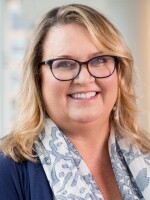