Labor negotiations for New York's Metropolitan Opera took a surprising turn Saturday evening. Twelve of the opera's 16 unions faced the threat of a lockout at midnight Sunday, but negotiations were put on hold for a week while an outside analyst takes a look at the Met's finances.

For months now, unions representing Met employees have been negotiating with the company's leadership, and both sides have been extremely vocal in the press. This past Friday, musicians and singers rallied and performed outside the Met's Lincoln Center home. There have been multiple threats of lockouts from management and accusations of financial mismanagement from labor.

"The Metropolitan Opera is in the midst of its most serious labor crisis in more than three decades," says Michael Cooper, who has been covering all of the drama for the New York Times.

Cooper says the dispute boils down to just how much the Met is in the hole. For the 2012-2013 season, the Met claimed a deficit of about $3 million, on a budget that's over $320 million.

"The unions looked at that and said, 'There can't be that much of a problem. That's a very small deficit compared to a very large budget,' " Cooper says. "Peter Gelb, the Met's general manager, said the deficit was only kept that small because he had managed to do record fundraising from donors, and also because the Met has been spending down its endowment."

A federal mediator was brought in Thursday to work with Gelb and two of the company's largest unions. On Saturday, the two sides agreed to an outside investigation into the Met's finances. The results of that investigation will be confidential and non-binding, but it is allowing both sides another week to continue negotiating, avoiding tonight's threatened lockout.

Met leadership is asking for some $30 million in cuts to employee compensation and benefits. But Met workers argue that Peter Gelb is wasting money on elaborate new productions that are not filling the opera house.

"That's up to you to make opera grand, but you can't go and suggest that the pay you're providing people to put the production on is too much," says Jim Claffey, the president of the New York chapter of the International Alliance of Theatrical Stage Employees, the union representing the Met's stagehands. He says whatever happens, things have to change for the Met.

"What's gone on in the past five years of discretionary spending and the business model can't be the next five years, or the Met will not be here," he says.

The Metropolitan Opera's new season is supposed to start in less than two months. 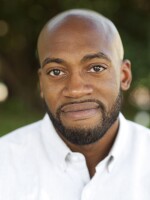 Sam Sanders
Sam Sanders is a correspondent and host of It's Been a Minute with Sam Sanders at NPR. In the show, Sanders engages with journalists, actors, musicians, and listeners to gain the kind of understanding about news and popular culture that can only be reached through conversation. The podcast releases two episodes each week: a "deep dive" interview on Tuesdays, as well as a Friday wrap of the week's news.
Latest Stories