DC Comics, Tyson explains, approached him for permission to use the Planetarium — as well as his likeness — in a story where Superman witnesses the destruction of Krypton, since the light from the distant planet is just now arriving on Earth. Tyson told DC Comics that he was happy to help, and that instead of just making up the story of Superman seeing Krypton, he could help them ground it in at least some actual science.

OK, so here's how Tyson explains it: Superman didn't age during his trip to Earth, because he was still an infant upon arrival, meaning he must have traveled here through a wormhole with his little ship. If he's in his late 20s now (the estimate DC provided) and this is the time when he can witness the explosion of his home planet, then the planet is 27 or so light years away.

While it's impossible to see planets that far away, you can see stars, so Tyson picked out a real, existing, actual red star — its name is LHS 2520, if you would like to send it a congratulatory note — to serve as the star around which Krypton orbits.

The story, of course, is somewhat emotional for poor Superman, who already knows what's coming (he has perhaps the ultimate spoiler alert) but can only watch helplessly, given that ... well, it happened 27 years ago.

Would it really be possible to see the misery so far away? Tyson says the answer is ... sort of. There's a method that can be used to make multiple telescopes work together to form an interferometer — a super-powerful device that, in the comic, is so big that it "turn[s] the entire Earth into one coherent telescope." Of course, that requires Superman to muster the power of all the telescopes on Earth and get them working together, which Tyson admits in real life would be a teensy bit difficult.

It's still difficult, of course, to be the guy who has to watch home disappear. Greene naturally asks whether Tyson gave Superman a nice hug. "It was a huggable moment. Maybe the next panel would have had me hugging him," Tyson says.

It's hard work being an astrophysicist, but in this case, Tyson says he was happy to "assist Superman in his time of need." Superman, of course, is special. "I would not have done it for Aquaman." 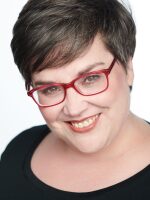 Linda Holmes
Linda Holmes is a pop culture correspondent for NPR and the host of Pop Culture Happy Hour. She began her professional life as an attorney. In time, however, her affection for writing, popular culture, and the online universe eclipsed her legal ambitions. She shoved her law degree in the back of the closet, gave its living room space to DVD sets of The Wire, and never looked back.
See stories by Linda Holmes
Latest Stories