It has been almost two decades since a truck bomb blew apart the Murrah Federal Building in Oklahoma City, killing 168 people and injuring hundreds more. Almost immediately, donations poured in from around the world to help the community recover.

Today, millions of dollars remain in a private fund to assist victims and surviving family members. But some affected by the blast say that even with all that money available, they've been denied help.

"Although it's been ... almost 18 years, it feels like yesterday to me, because I'm still stuck in the same spot," says Falesha Joyner, who was 23 years old the day Timothy McVeigh detonated a fuel oil and fertilizer bomb. She was filling out paperwork with her family at the Social Security office when the blast went off, killing her mother, a niece and a nephew. It also shattered her head, leaving her without an ear. The right side of her body is partially paralyzed.

Joyner says a few years after the bombing, she was on her own to pay for surgeries, equipment and care she still needed.

"I didn't deserve to go through this, but I have to suffer the consequences of somebody else's doing," Joyner says. "And I'm doing that, but can I get some help along the way? I was told the funds were depleted, that's the exact words. That touched my soul. I will never forget the exact words that I heard."

The Oklahoma City Disaster Relief Fund was set up to take care of unmet needs of those affected by the bombing. Since learning of the $10 million remaining in the fund, several families say they don't understand why they've been denied benefits. Joyner says her support disappeared once she started receiving Social Security disability checks, but that that money wasn't enough.

Jerrel Wade, who was 17 when his father died in the bombing, doesn't understand the fuss. He is currently getting his doctorate degree in Houston with financial assistance from the Disaster Relief Fund and says he wouldn't be where he is today without the fund's help.

"Based on my experience, I found the criticisms rather surprising," Wade says. "The process that I've always gone through has always been easy. I've never had any issues dealing with the foundation at all."

Cathy Nestlen, director of communications for the Oklahoma City Community Foundation, questions the accusations about the fund, first reported in the Tulsa World newspaper.

"Well, we believe a number of those allegations or complaints or claims made in the article are incorrect, or just misunderstanding," Nestlen says. "And so I think there is a misconception that we helped, that we dealt with every survivor of the Murrah bombing. And that necessarily isn't the case."

The foundation says nearly $11 million has been used to pay for medical and living expenses, education needs and case management. In response to questions over the use of the account, the foundation has agreed to conduct an independent audit.

Gloria Chipman's husband died in the bombing. She says regardless of what the audit finds, the existence of the money is far from comforting to those left behind. She says she has even resorted to pawning family belongings to make up for the lost income since her husband's death.

"I am going to speak up. This is a ... tragedy," Chipman says. "It's compounded. We have not been able to heal completely. You think you are, and then something else comes out and slaps you in the face, slaps you down."

Chipman and a group of others are now calling on Oklahoma Gov. Mary Fallin to make sure the remaining money ends up in the hands of those affected by the bombing. 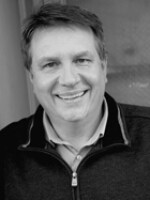 Kurt Gwartney
Kurt began his radio career at 16 as weekend disc jockey at KOLS-AM/KKMA-FM (now KMYZ) in Pryor, Okla. He gradually began doing news work at his home town radio station. Kurt studied journalism at Oklahoma State University, serving two terms as managing editor of "The Daily O'Collegian." He returned to his radio roots while at Oklahoma State, working first as a part-time news producer, then as Morning Edition host at KOSU. Kurt left the station in 1990 returning to Pryor to be a part of a new business, ViaGrafix, that developed computer training videos. He eventually sold his business to attend seminary at The Iliff School of Theology in Denver and Phillips Theological Seminary in Tulsa, Okla. He served as minister of communications for St. Luke's United Methodist Church in Oklahoma City for five years before starting his own media business, Discuss Communications LLC.
See stories by Kurt Gwartney
Latest Stories